Buy the Bruce Blitz Kit to Draw Along with These Videos

How to Draw Cartoons (Kit) 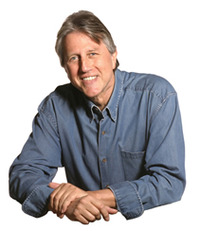 Bruce Blitz was born and raised in Philadelphia, Pennsylvania and grew up doodling cartoons in the margins of his notebook as well as playing piano and organ in rock bands all around the Philly area.  He then turned professional with both these skills and worked in a wide variety of artistic fields.
​
Bruce has taught MILLIONS of people how to draw! He has written and hosted 104 episodes of his Television series, “Cartooning with Blitz” and was rewarded with four Emmy-nominations. He has created numerous art instruction books, videos & DVDs as well as his unique How-to-Draw kits that sold over a million copies! His TV series and products have been translated and are seen many different countries such as: Mexico, Columbia, Israel, Serbia, Japan, England, Spain and the Mideast.Watch a Word From the Artist